Today, we will show you four types of the common used titanium lug bolts:

The first one is the most common titanium lug nut.

General Japanese cars and American cars are mostly using this form of lug bolts. The bolts of these cars using this kind of nuts are on the flanges of spindle heads. We only need to back-out the nuts when dismantling hubs. It is more convenient when installing. 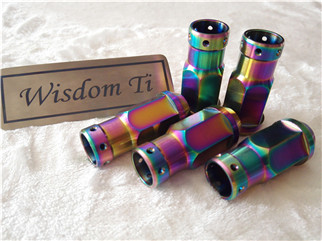 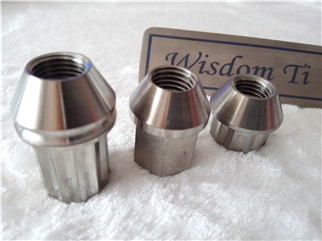 The second one is titanium lug bolt.

General European cars adopt this kind of nuts, including German cars( such as ABB, Porsche, Bentley and so on), French cars(PSA, Reynolds) and Italian cars(Ferrari, Lamborghini, Fiat and so on). Screwing to the shaft head of the screw holes on the flange, to tighten the wheel hub. 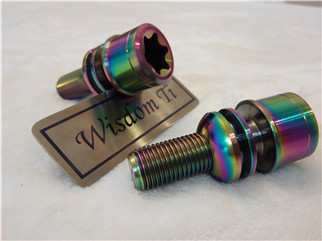 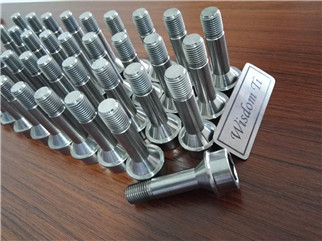 The third one is usually used in refitting world, called titanium lug stud.

The two heads of the reversing screw are all wires, one is on the spindle head tightened with the required torque and the other is to tighten the hub with nut. Why using the reversing screw? One reason is to change the hub more conveniently. The German car owners, especially these who dismount hubs by their own have deep feelings that it’s hard to exactly aim at the holes to install the hubs,  especially changing hubs at the severe environment such as rain, highway side and so on, and all these things are crazy.

General German cars use screw to fasten hubs, and the Japanese is in the flange plate screw to fasten hubs, although the result is the same, it is tired to with one hand in hubs and the other in screw for holes. Today the size of the hubs is more and more huge, with 19inch or 20inch. The cleat of Japan cars is with several bolts, and it is relaxing to tighten nut with hub. So reversing screw can change European cars into Japan forms on hub nuts, and thus it is called that name. The others reasons are that, if you want to broaden wheel span or change a bigger brake, the hub can not through the brake and then add shim, but the shim is so thick that the screw is not long enough to make the circles, and at the intensive driving ,it will lead to all kinds of safe problems. Thus the length of the reversing bolts can be custom-made more flexibly. And the nuts can be changed more conveniently , such as anti-theft screw, lightweight and high-strength screw and so on. 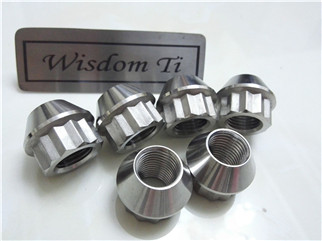 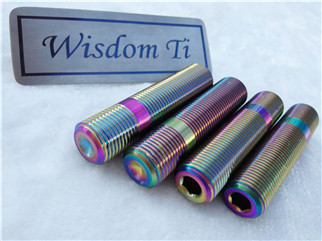 The fourth one is the most uncommon and top one, called central locking screw.

The central locking screw is generally seen in professional motorcycle race, such as F1 and so on. Because most racing may change one or three times of tires, the single lock can save more than four or five times of changing tire time. In some top racing, we can still see single lock bolts, such as Ferrari ENZO, Porsche Carrera GTS and so on. The central locking screw will be tightened when traveling more, not loosed as other forms of bolts. While departing it, you may need specially-matched tools because general tire stores don’t have them. Departing the screw also need the torsion more than 500N.m.

Generally speaking, you need 16 bolts on the four tires if the hubs of your loving car have 4 holes; if 5 holes, you need 20 bolts. 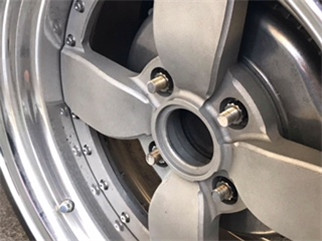 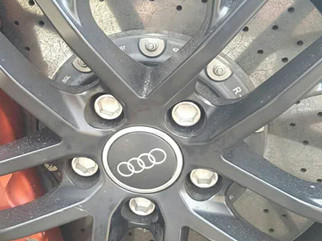 Get our latest update